With four time America Cup winner Grant Simmer announced as the new chief executive of Land Rover Ben Ainslie Racing, Sir Ben Ainslie has labeled the move a “massive coup.” Simmer is the replacement for Martin Whitmarsh for the team based in Portsmouth. The former chief executive would head BAR Technologies division that is just established. 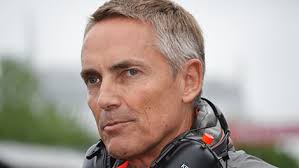 Ainslie is excited that a vast experienced man in Simmer is taking over the team. The four-time Olympic gold medalist feels Simmer would bring the much needed boost to his team. The four-time America Cup winner has featured ten times at the tournament. He was on the Australian team that broke America’s 132-year reign back in 1983. The 60-year old also won titles with Swiss side Alinghi and American side Oracle.

While the world awaits an official announcement and photo-ops, the general notion is that with Simmer’s departure from Oracle, Larry Ellison’s team will not be competing in 2021. Simmer is expected to bring some success to Ainslie’s team, who lost to New Zealand in the playoff semis in June.

“I’m really excited about it. We’ve obviously worked together a couple of time before and to be honest he was the only guy I wanted,” Ainslie said.

The race team owner added that he hoped people did not see Whitmarsh’s movement into a new role as a demotion. Whitmarsh is expected to remain an “advisor” to the team while he primarily works on commercializing the technologies developed through the team. Ainslie said Whitmarsh couldn’t commit full time to the race team and that his skill set much better aligns with the BAR Technologies and business sides.

Simmer is expected to begin work immediately, “spotting inefficiencies” and managing the budget “effectively.” He is expected to fully relocate from Australia in the new year.