Yacht Club Costa Smeralda (YCCS) sporting calendar has been launched officially in Milan. It is the same venue where One Ocean Foundation was presented last year. 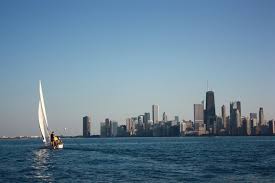 The Commodore of YCCS, Riccardo Bonadeo was the one who started the press conference addressing all attendees with thanks. He said, “The fact we are here if because of those who believe the kind of sporting activities we have and in our efforts and activities for the protection of the sea.”
END_OF_DOCUMENT_TOKEN_TO_BE_REPLACED

In the America Trophy (the MAISA Co-Ed Spring Championships), total 18 team participated and among them sailing team of Washington College was one of them.

On the final day of the race, the team of Washington College sailing finished in 15th position and in the Salisbury Spring Open championship they were first of five teams.

What happened in the America Trophy (MAISA Co-Ed Spring championship)?

END_OF_DOCUMENT_TOKEN_TO_BE_REPLACED

The Sailing World Cup was held in Qingdao and similar to the weather conditions in Sheboygan, the weather here also made the sailors wait for day three as the first two days the weather remained unfavorable for sailing.

This was similar to the conditions that were witnessed in 2008 when the Beijing Olympic Games were held. Sailors at Quindao had to meet with tricky weather elements such as currents and cloud cover. Not only did the visiting sailors suffer, but also those who were competing as part of the host nation. They also made mistakes and lost out points.

In the Laser men category Croatia remained on top of the fleet. Tonci Stipanovic was able to hold off Coccoluto who was trying to gain above the Olympic medalist. The Cyprus team made some bad starts in the beginning, but they recovered and finished in the second as well as the fifth place. The team admitted that they made certain mistakes in the beginning. However, when the current was strong they were able to move into fifth position. The forecast was said to be similar in the coming days with light winds and strong current. However, when the sailors went out to the waters, it was not found to be so. They found favorable conditions for sailing though cloud cover kept coming about and pressure and wind shafts kept moving up and down. END_OF_DOCUMENT_TOKEN_TO_BE_REPLACED

World Sailing is all set to take the sport to mass audience in the year 2016 with an advanced and forward approach that was offered today at London Boat Show at ExCel in Great Britain. World Sailing Vice President Gary Jobson, World Sailing Series Editor Matt Sheahan and World Sailing Chief Marketing Officer Malcolm Page were all present at the show to reveal the recent announcements given by the governing body. In addition to that, Gary Jobson, the World Sailing Vice President, read out a report from the Executive Committee meeting that took place on 8th January regarding Youth Sailing World Championships. END_OF_DOCUMENT_TOKEN_TO_BE_REPLACED

Two-time Helly Hansen Caribbean NOOD defending champ Dr. Jim Sears is a known Viper 640 sailor from the Long Beach, California. Sears’ Team Viper, having secured its place to Caribbean NOOD Championship by snatching the Viper 640 class as well as the San Diego NOOD in the year 2013, has always gone for the zest.

For his very first NOOD championship, Jim rented a catamaran to shadow the squad around the course, loaded it with buddies, booze, girlfriends and wives. He won the party hands down, but ended 2nd overall.

However, Team Viper revenged its loss in the year 2014, this time as a full-freight “Open” challenger, racing against select NOOD champs. Once again, The Viper mothership shook the BVI’s sleepy-eyed anchorages, lit up with LED disco lights and more importantly light, casual laughter. A win in ’14 gave them an automatic defender’s spot this year (thanks to Sunsail), and Team Viper came in Tortola in October all set to defend its awards.

According to a report by a Yacht Charter in Greece company, there were a lot of probable spoilers in the championship group. However, including San Diego YC’s commodore, John Laun, who earned his place as the captain of the top J/120 team at San Diego NOOD. The Commodore is also rolled into Sunsail’s Road Town base along with an entourage as well as a mother ship stocked with friends and crew.

Corresponding Chicago NOOD was a foursome led by Colleen Feeny. Her captain, Ron Buzil, could not pay heed so he put her in the responsibility of carrying Vayu battle flag. Team Chicago came light and lean on crew, confident the Sunsail 41’s jib-and-main combo might be handled by 8 hands.

A super yacht, worth £200million, has been seen cruising across the sound after being shifted from the dockyerd of Devonport. The yacht’s name is Alamshar. It belongs to The Aga Khan, who leads world’s twenty million Ismaili Muslims.

There were rumors regarding sailing about Aga Khan’s purchase after he came to lift it up at start of July. The 164 ft long yacht – named Project 305 – was licensed in the 90s in the expectation that this could break the world speed record for yachts and beat transatlantic record of 2 days, ten hours and thirty four minutes. END_OF_DOCUMENT_TOKEN_TO_BE_REPLACED

It has almost been around a year since Jim Clark accredited Hodgdon Yachts to make him a brand new racing yacht. This last weekend, the new racer the Comanche, at last touched down in the waters of Boothbay.

Hundreds and hundreds of people assembled in East Boothbay’s Shipbuilder’s Park last Saturday, immediately next to the Hodgdon Yachts, to see the vessel’s launch. With red and black paint and at hundred feet long by thirty feet wide, the hull of the boat crawl out of its warehouse construction on stilts and made its path to the platform which would lower this into the sea. END_OF_DOCUMENT_TOKEN_TO_BE_REPLACED